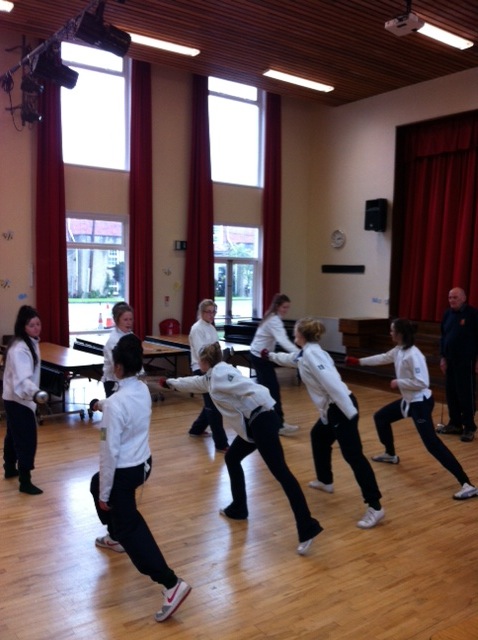 In 4th year we’ve had the chance to learn the basics of fencing. Although all the experience we had with it was watching Lindsey Lohan fence against herself in The Parent Trap, we all took to it quickly. In the first lesson, we learnt all about footwork, doing clap exercises that left a lot of us looking quite slow. It was so funny trying to keep up with the coach, Kevin as he told us to do one step forward, one step back, cross step forward, and cross step back. Kevin told us about all the experience he had all around the world, and told us that he had even trained models how to walk. He demonstrated how important your posture was, using Lisa Hayes as his model.

In the other two lessons, we began fighting each other. Protected by “chest protectors”, sweaty helmets and jackets that looked like bullet-proof vests, we were paired up and were told to lose all care we had for the person we were fighting, and try and hit them. It took a while for us to want to hurt our friends, but eventually we all had a go and loved it.

At the end of the three classes, Kevin picked 24 girls for the year, which he will narrow down to 4 to compete against other schools such as Loreto Foxrock and Castleknock Community College. Some of us took to fencing better than others, but I think that we all learnt a lot from it. 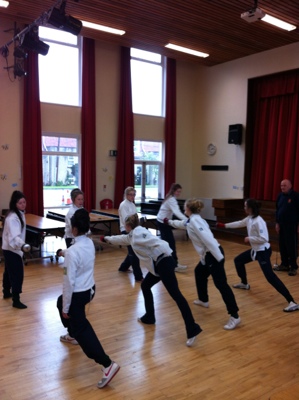