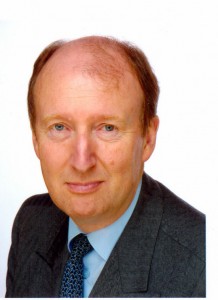 Independent TD Shane Ross took time out from his very busy schedule to talk to our senior Business and Economic students on Monday 24th October 2011.

He has spent his political and journalistic career as a voice for individuals and minorities.

As a Senator and now as a member of the Dail he constantly challenges the excesses in our society.  Most recently he has campaigned against banks and auctioneers’ abuses and has highlighted the ever-increasing class sizes and the need for adequate school buildings.

A lively debate about the up coming presidential election and the state of the economy took place between speaker and students.  On a show of hands they predicted that Michael D. Higgins would become the 9th President of Ireland.  Some very challenging questions were asked and Shane Ross was very frank in his answers.

He was so impressed by the students that he invited them to visit the Dail chambers at some later date.